Reinforcing slope material reinforcing filler A reinforcing agent that has nothing to do with the vulcanization process.

Release agent (for molding) release agent, mould lubricant is a substance that is applied to the inside and outside of the mold or added to the material to be molded in order to make the product easily taken out of the mold.

Re-odorant is a substance added to rubber to give rubber a special fragrance.

Resilience: The ratio of output energy to input energy when the deformed sample is fully recovered (or instantaneously).

Resin resin has a higher molecular weight but does not recognize organic materials with a specific melting plan. Note: Resin can be used as softener, tackifier, processing aid, reinforcing agent and vulcanizing agent.

Rubber rubber can be modified or has been modified to a certain state of elastomer. In this modified state, it is insoluble in boiling solvents such as benzene, methyl ethyl ketone, ethanol-toluene azeotrope, but can swell. Together in its modified state, it is not easy to re-mold it into a fixed shape by heating and proper pressure. Note: The modified rubber is stretched to twice its original length at the standard room temperature (180℃-290℃) under the condition of no diluent, and persists for 1 min. After unloading, it can return to its original length within 1 min. 1.5 times or less.

Rubberize rubberize to impregnate and/or coat the matrix material with rubber.

Sample sample One or several products obtained from a batch, intended to provide information about the batch of products, and can be used as a basis for judging the batch of products and the production process. Note: According to ISO 3534-2; 1993 Statistics Terms and Symbols Part 2: Statistical Quality Control.

Screw Screw uses a rotating part with one or several spiral grooves to push rubber along the extruder barrel.

Semi-efficient vulcanizing (semi EV) system is used for the sulfur-containing vulcanization system of diene rubber, which contains or does not contain sulfur donors, and its accelerator concentration is between the general sulfur vulcanizing system and the useful vulcanizing (EV) system between.

Sheeting (behavior) sheeting The process of changing rubber or rubber compound, thick mortar or agglomerated latex into a shape whose thickness is smaller than its length.

Shelf ageing The aging during storage between production and final use.

Adhesive (behavior) skim coating, topping The process of applying a thin layer of rubber compound or compound to the sheet without applying significant shear between the rubber and the sheet material.

Residue (latex) sludge The deposit in latex that has not cooperated.

Softener softener is a small-dose cooperative agent used to reduce the stiffness of the rubber or the hardness of the vulcanized rubber.

Sol sol rubber is soluble in the part of the rubber selected as the solvent.

Spreader Spreader is a machine that uses a scraper to distribute thick glue or latex onto the surface of the sheet material.

Stabilizer (rubber) stabilizer is a substance that exists or is added to raw rubber in order to maintain or maintain the original function value of raw rubber during drying, processing and storage.

Stabilizer (latex) stabilizer In order to prevent agglomeration or agglomeration of rubber particles, especially in the process of cooperation and subsequent processing, and the substance mixed into the latex. Note: Stabilizers can naturally exist in latex.

The stiffener is used to add a co-agent for the viscosity of unvulcanized rubber.

Storage hardening The addition of viscosity of raw rubber and unvulcanized rubber during storage. Note: Unlike low-temperature crystallization, storage hardening cannot be reversed by thermal methods.

Storage period, storage life storage life, shelf life data or products are stored under the regulation conditions after the production of the time limit and still adhere to its regular function.

Strain Because of the force, the object specification is related to the change of the original specification.

Strain amplitude The ratio of the maximum deformation measured by uniform deformation to the safe specification of the unstrained experiment (uniform value on only one side).

The strainer is an extruder machine designed to force rubber or rubber compounds through one or several screens to remove solid foreign impurities.

Stress stress The strength of the internal force (or the weight of the force) acting on a given plane through a point of the object at that point. Note: The stress is indicated by the force per unit area. When stretching, shrinking or shearing experiments, the stress shall be calculated according to the original specifications of the corresponding section of the specimen.

Structure (carbon black) The function or characteristics of structure carbon black aggregates are indicated by the sum of the number of particles in each aggregate, the specification, the shape of the aggregate and the tightness of the particle combination.

Swelling The volume of a sample immersed in a liquid or exposed to steam increases.

Tackifier tackifier is a co-agent used to advance the properties of unvulcanized rubber.

Tear (rubber) tear The rubber is mechanically split due to high stress concentration caused by cutting, sharp edges and corners or partial deformation.

Tear strength tear strength The force required to tear a regular sample along the root parallel to the principal axis of the sample.

Tensile strength The maximum tensile stress applied during the time the specimen is broken.

Tensile stress: The stress applied by the tensile test specimen, calculated by dividing the applied force by the original cross-sectional area.

Tensile fatigue Tensile fatigue is a process in which cracks are added to a sample or product that is subjected to repeated tensile stresses to cause splitting.

Tensile permanent deformation tension set The remaining elongation after the specimen is stretched and retracted safely.

Terpolymer is a polymer composed of three different monomers.

The test piece has a suitable shape and specification, and is prepared for experiment data. Note: In the United States, the word "specimen" is generally used to indicate "sample".

Critical strain (static ozone test) threshold strain The highest tensile strain at which rubber is exposed to air with a given ozone concentration at a given temperature for a given period of time without ozone cracking.

Tinting strength (carbon black) tinting strength under regular conditions, compared with a reference carbon black, the ability to reduce the reflectance of the white paste. Note: The color intensity is generally indicated as the dimensionless ratio of the reflectance of the standard paste to the sample paste. Both pastes are prepared and tested under regular conditions.

Total sulfur contains all the sulfur that exists in the material, regardless of the chemical form or origin of sulfur. 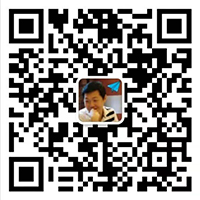